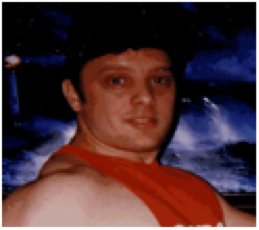 6 And I saw when the Lamb opened one of the seals, and I heard, as it were the noise of thunder, one of the four beasts saying, Come and see.

2 And I saw, and behold a white horse: and he that sat on him had a bow; and a crown was given unto him: and he went forth conquering, and to conquer.

4 And there went out another horse that was red: and power was given to him that sat thereon to take peace from the earth, and that they should kill one another: and there was given unto him a great sword.

5 And when he had opened the third seal, I heard the third beast say, Come and see. And I beheld, and lo a black horse; and he that sat on him had a pair of balances in his hand.

6 And I heard a voice in the midst of the four beasts say, A measure of wheat for a penny, and three measures of barley for a penny; and see thou hurt not the oil and the wine.

7 And when he had opened the fourth seal, I heard the voice of the fourth beast say, Come and see.

8 And I looked, and behold a pale horse: and his name that sat on him was Death, and Hell followed with him. And power was given unto them over the fourth part of the earth, to kill with sword, and with hunger, and with death, and with the beasts of the earth.

“GOD IS THE SOURCE” ( glance of lyrics)

White Horse he’s the fighter, kick a hole in the sky.

Red Horse be no kinder, crush the armies this time.

Black Horse, in the market, don’t tax the burdened soul.

Pale Horse, Death and Hades, not much longer to go.

God is the Source

You better make Him The Lord of your life.

Angel, Michael, grab a chain and head for the pit

The Bible message of John 3:16 for you to hear, that those who believe in Christ’s atonement for their sins, have retained eternal life.  Not that you can’t fumble it, I Cor Ch 5, Ch 6, Rev 21.  Some Christians have the audacity to think that a sinful life is not punished, that is not scriptures at all.  The Reaper or God is the final and chief Soul Collector when it is all said and done.  Christians are called as a witness to that fact.

If your family, boss, friends, political leaders have treated you like the welcome mat, God had better planned but obviously people aren’t listening to His directions.  American Freedom was awarded to Christian Patriots by The American Revolution, hard fought, not negotiable to the sinister powers of the Earth or exceptionally evil ones.  The Civil War and Civil Rights Movement missing essentials in 1776.

Which Bible or version of Christianity are the right ones because they do not all agree?  If you start from step one, follow the directions in the oldest known trusted Bible being King James, you arrive at a Protestant version of Christ.  Catholic religion does not follow Gospel instructions, it is man made. This is based  on Judaism, The Torah, Dead Sea Scrolls, and if you read carefully there is only one God in this universe, which makes a Unitarian faith like Moses.  American dogma has been trinity, but the proof is not in scriptures for it.  5 warnings post to not change God’s words in a Bible. There should not be versions that do not agree with each other.  The Council Of Nicea where trinity is forced by Roman authority, Crusades follow as a violation of the great commission.  If Israel lost the Holy Land by sin it was to be earned back, Christians were not to kill the mission field.